We had a blast last night at our Provident Ladies Book Club. 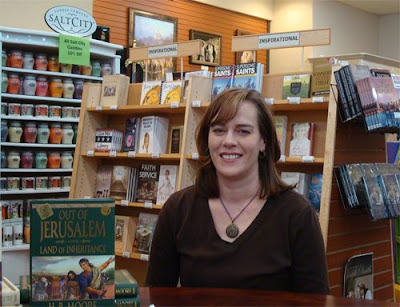 Our guest author was H.B. (Heather) Moore who has published five books—Out of Jerusalem, a four volume historical fiction series on the life of Nephi, and Abinadi, the first in a second series about significant Book of Mormon heroes.

For this event, we'd all read Abinadi, the heart-grabbing novelization of the life of Abinadi. We all really liked this book. Not only was there political intrigue and a sweet love story, but knowing ahead of time how the story of Abinadi ends made it all the more poignant.

Heather spoke about how she got started writing and the rejections she had before she was finally accepted. She talked about her decision to make Abinadi a young man, rather than an older man as many of us usually picture him (thanks in part to Arnold Friberg). She did a lot of research and discovered that no one really knows how old Abinadi was, and that some artists have portrayed him as a younger man, including Minerva Tiechert and Walter Rane.

We also got way off topic and talked about a whole bunch of vampire books, several A&E movies and the books that inspired them, and many other LDS authors that we love. 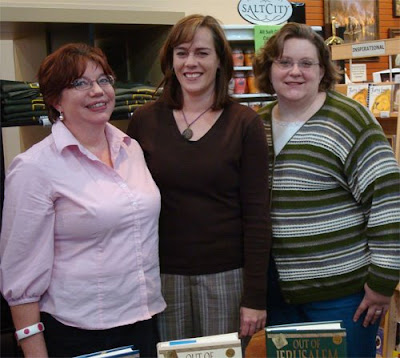 We got a little silly and by the time the night wound down, I could not get a good photo of everyone together. But thanks to Photoshop, I was able to show everyone at their best. Above is Sandra, Heather and Tristi.

Below is Heather, Tristi and Taffy. 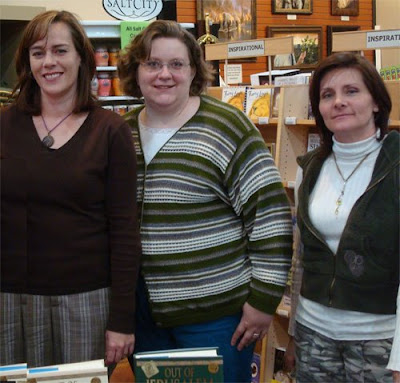 We had so much fun, in fact, that it was after 9:00 p.m. when the last person left and we closed up shop for the night. Fabulous fun!
Posted by Karlene at 4:14 PM No comments:

It's not like I have anything else to read. 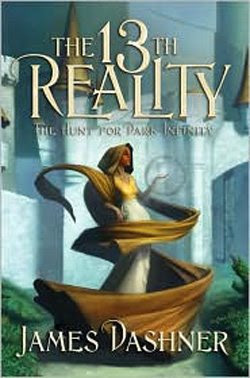 Picked it up at my local bookstore this morning.

Now I just have to track down that Dashner Dude and get him to sign it.
Posted by Karlene at 4:02 PM 2 comments: 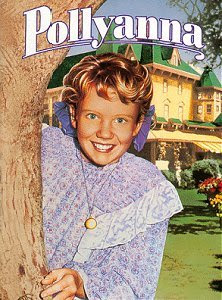 10. I'm getting lots and lots of sympathy and support.

8. No one expects me to clean the house

5. My family encourages me to take lots of naps.

3. I can eat all the nouggies I want and nobody gives me "the look."


And no, I still haven't had my IV iron because my insurance is dragging their feet. But I've started to take Liquid Chorophyll (this is by far the best brand and here it is at discount prices!) and Vitron C pills. By the time the pre-auth comes through, maybe I won't need it.


Now playing on my iPod: Bring on the Rain by Jodie Messina (reminds me that I'm stronger than what happens to me.)
Posted by Karlene at 9:11 AM 4 comments:

Email ThisBlogThis!Share to TwitterShare to FacebookShare to Pinterest
Labels: wellness 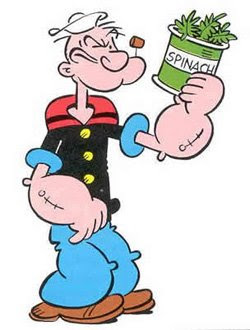 God has blessed me with so many things for which I am truly grateful—but a strong and dependable body was not one of them.

For the most part, I've come to terms with that. I mostly ignore the little inconveniences my body subjects me to and the embarrassing side-effects of a poorly functioning digestive system. I rarely get angry and rail at the universe, nor do I spend much time in self-pitying sobfests.

(Although I do occasionally release a long, slow, heart-deep sigh over the impossibility of achieving my life-long dream to become Buffy the Vampire Slayer.)

But today. Today I went to the doctor only to discover something new is contributing to the overall malaise I've been feeling lately. I'm anemic. Not just the oh-you're-a-woman anemic, or even the maybe-you-should-eat-some-spinach anemic.

No, not me. I get to go straight from normal to full-blown, we-need-to-stick-a-needle-in-your-arm-and-pump-you-full-of-iron anemic!

So today I'm indulging in all the immature and angry behaviors I can think of, like yelling at all the cars that cut me off while driving home from the doctor (six, to be precise), stomping around my house, slamming doors and cabinets, telling the dog he's stupid and fat, and in general, being a pain to live with. And eating all the nouggies in the house. (On my third bag right now.)

Confessions of a Book-aholic

I was gifted money for Christmas (thanks Mom & Dad). I bought a few "grandma toys" but saved most of it, waiting for the Whitney finalists to come out, because I knew I'd need to buy more books. I also had one Twilight themed Borders gift card that my sister gave me which I was saving specifically for Princess of the Midnight Ball by Jessica Day George.

So yesterday, with $60 and gift cards in hand, I headed out to buy as many books as I could. I was hoping I could find most of them on sale because I had 16 titles on my shopping list (15 Whitneys and the aforementioned Princess book).

First stop, Deseret Industries because sometimes I can find gently used LDS books there. After 45 minutes of browsing, I left with Free Men & Dreamers: Dark Sky at Dawn by L.C. Lewis because I already have book 2 but haven't read it yet; Pigs in Heaven by Barbara Kingsolver because I really liked The Poisonwood Bible; The Persian Pickle Club by Sandra Dallas (Read this several years ago and loved it. It's a mystery that I not only didn't figure out until it was revealed, but I was totally shocked by it—in a good way.); and Murder Among Friends (a collection of short stories by various authors) because it looked cool. Okay, so none of these books were actually titles on my shopping list, but they were cheap and...well, cheap.

Next I went to Seagull. (Shhh, don't tell my boss.) I love hitting their discount table in the back of the store. I found a board book called In Grandma's Arms by Jayne C. Shelton and Baby Einstein See & Spy Counting—both titles were only $1.99 and I had to get them because, well, I'm a grandma. Then I got Royal Target by Traci Hunter Abramson. (Yea, check one off the Whitney list.) While there I also got Ghost of a Chance by Kerry Blair because I just read her book, This Just In and LOVED it. I also got a copy of Farworld: Water Keep by J. Scott Savage. (Yes, I have the ARC but I wanted a copy with the illustrations in it.) Last, I got Lemon Tart by Josi S. Kilpack—even though she'll be coming to my store in April for a book signing and we'll be getting copies of her book in soon. But I just couldn't wait. Also, I'm sure Lemon Tart will be a Whitney finalist for 2009, so I'm simply starting early. So, I left with six books, only one of which was on my shopping list, but they were ALL on SALE! I refuse to feel guilty about that.

Then I went to Deseret Book. I scored there. They had Leven Thumps and the Eyes of the Want by Obert Skye for only $1.99! Cool! Yes, I know there's a newer one out, but I'm behind in that series. I also got Pillage by Obert Skye for 50% off. Yea! Oh, wait. Neither of those were on the list. But still. $1.99??? How can you pass that up? And if you average that with Pillage, that makes them what, 75% off each one? Isn't that smart shopping?

Last, I went to Borders to get the Princess book. Not. In. Stock. What??! It's an "online only" title. That is just crazy. I was informed that they could special order it for me or I could order it online and have it shipped to the store for no extra charge. That's nice. It would cost me the same in gas to go pick it up. I was so frustrated! They didn't have any of the remaining 14 books on my Whitney list either! I almost left in a huff but then I remembered I had a gift card and I had to spend it here. So I browsed and browsed, and I found a copy of Peeps by Scott Westerfield that I've wanted to read for a long time and my library doesn't carry it and I've never been able to find it in stock at any bookstore. They had one copy so I snagged it. I still have $10.13 left on the card, so I guess I'll be forced to shop at Border's one more time.

By this time (four hours later), I was pooped and my feet hurt. I came home, jumped online and did some price checking. I ended up ordering three titles from Amazon: Princess of the Midnight Ball (only $11.55; $5 less than stupid Borders); Ender in Exile by Orson Scott Card ($9 cheaper than Borders); and Alcatraz vs the Scrivener's Bones by Brandon Sanderson ($5 cheaper than Borders). AND FREE SHIPPING TO MY HOUSE! Hah! What do you think about them apples, I'm-too-lame-to-stock-your-books-Borders?

All told, I got sixteen books—three of which were actually on my list. Now I only have two questions:
1) Who can loan me some Whitney titles?
and
2) Which book do I read first?
Posted by Karlene at 6:42 PM 10 comments: 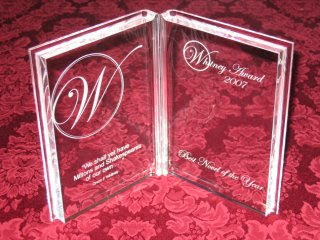 The Whitney finalists have been announced. For those of you who've never heard of them, the Whitneys are annual awards given to outstanding LDS fiction titles published in a particular calendar year. The 2008s were announced this morning.

I thought I'd been doing pretty good reading LDS fiction this year. I've read 25 "LDS" novels published in 2008 (and about 6 that were older LDS fiction titles, plus a bunch of non-LDS, but I digress...) So anyway, I'm feeling pretty good about all the reading I've done, and then I look over at the LDS Fiction site and according to LDS Publisher, there were 136 titles published by LDS authors last year. I'm not real good at math, but I think that means I've read a little less than 1/5th. :(

Of the 30 Whitney finalists, I own 15 and have finished reading 11 of them. So that's...uh...HALF that I bought because I thought they looked good.

Does that mean I'm good at picking winners?
Posted by Karlene at 4:13 PM 6 comments: 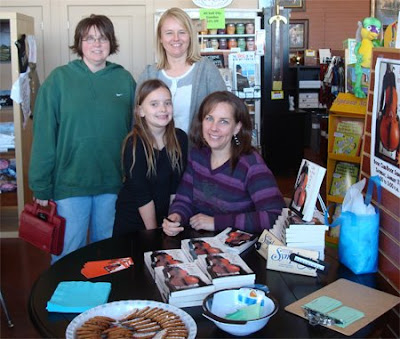 Kristen Landon (in purple), author of Life in the Pit, visited our store for the first Humdinger Readers Book Club meeting. It was a grand success!

Young and young-at-heart readers were able to meet with Kristen for an hour, getting to know her and hearing about how she came to be a writer. Life in the Pit is Kristen's first published novel, although she's had several articles published in magazines. We expect to see more great books from her in the future.