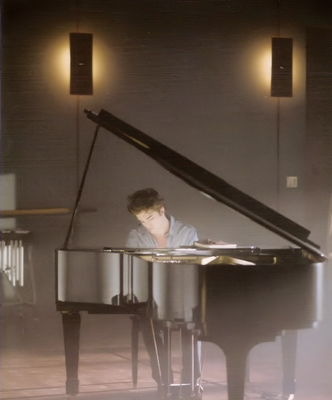 And the winners are:

Round 1: Kandis
(randomly chosen from all those who submitted song suggestions)

Round 2: Taffy
(randomly chosen from those songs who made the cut to the CD)

Round 3: Suan
(person who chose the song that got the most votes: our Theme Song)

*I'll be making the CD this weekend and getting them sent out on Monday. The prizes that include a CD will also be shipped on Monday. All other prizes have already been shipped. (Except for The Limit which will ship in September.)
Posted by Karlene at 7:35 AM 3 comments:

And you thought we were done with Eclipse...

Guess what I forgot all about? The Chasing Twilight Road Trip Playlist/CD.

You may vote for as many of the songs as you like.

The top 10 songs with the most votes get on the CD.

The song with THE MOST votes becomes our theme song.

(And it better be Total Eclipse of the Heart because, c'mon! Really.)

You have until midnight on Wednesday, July 14th.

*Not all the songs are in the playlist (at the bottom of the blog). Had trouble finding them. If you need to listen to the ones marked with an asterisk (*), you'll have to hunt them down on YouTube.
Posted by Karlene at 10:46 AM 1 comment:

We had such a good time going to see Eclipse. There were ten of us. Everyone who came to the movie with us got an Eclipse Goodie Bag. 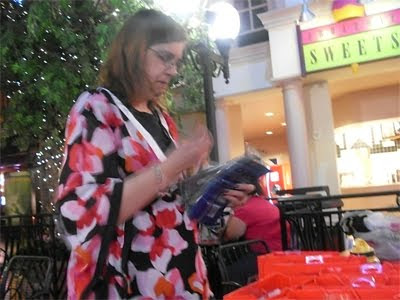 Me filling the bags. 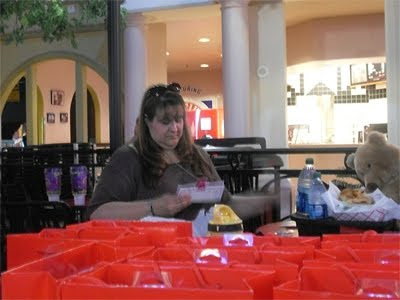 All the goodie bags, waiting to be filled. 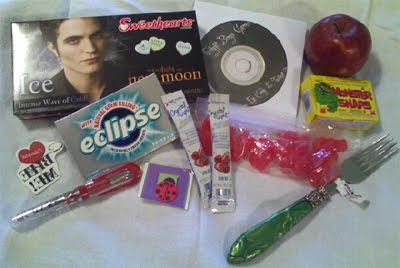 Now you're wishing you'd come with us, huh?


Then we saw the movie. It was not as crowded as I expected. I'm thinking since it was just before noon on July 3rd, that all the crazies had already seen it and the silly teenage girls were still in bed. Good for us.

After the movie, we went to lunch. 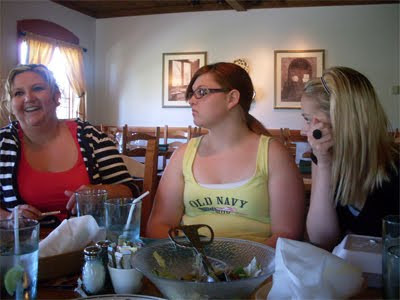 April, Cassidy and Megan.
See that black ring Megan is wearing?
It matches the earrings she won from Chanté in the Chasing Twilight contest. 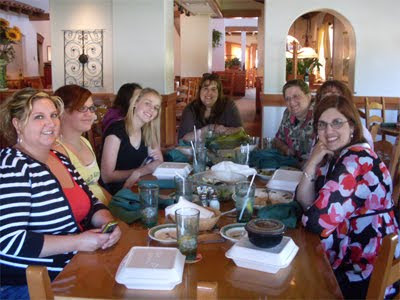 Here we are at Olive Garden. I love their five cheese ziti.
April went with Bella's fav—the mushroom ravioli. 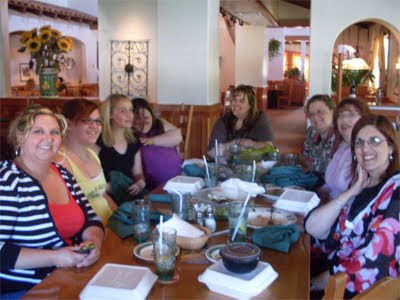 And here we are again with everyone's face showing.
Left side front to back: April, Cassidy, Megan, Ryane, Suan
Right side, back to front: Tristi, Sandra, me.

Now for my movie review. (Yes, there are spoilers.)
(And some graphic images.)
If you need a New Moon refresher, you can read my review HERE.

"I'm still so in love with Edward, and now he knows he can't leave me ever again." 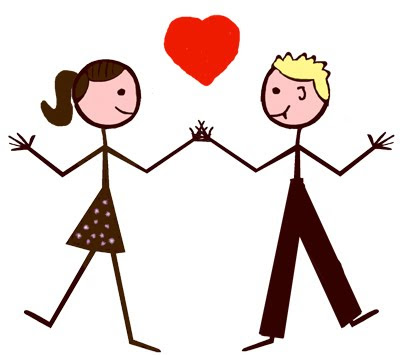 Bella and Edward in love.

"Oh no! Jacob thinks he's in love with me. I should let him go, but I'm too selfish and want to keep him as my best friend. (And just in case I'm ever caught in a tent during a sudden snowstorm and almost freeze to death.) But sorry, Jacob, I just don't feel that way about you." 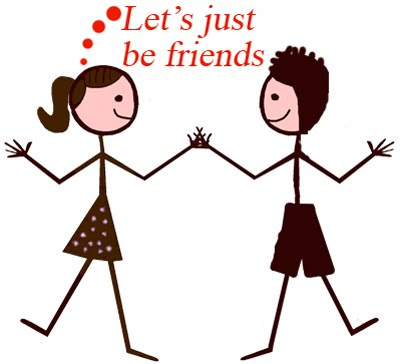 Bella leading Jacob on.
"Oh, no! Some strange vampire has been in my bedroom. Who could it be??" 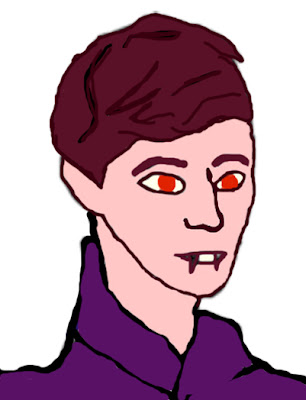 "Oh, no! I'm freezing! I knew I was right to keep Jacob hanging around..." 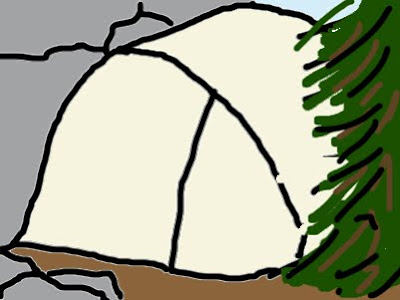 The tent in the snowstorm.
"Oh, no! Jacob kissed me! I guess I really do love him too." 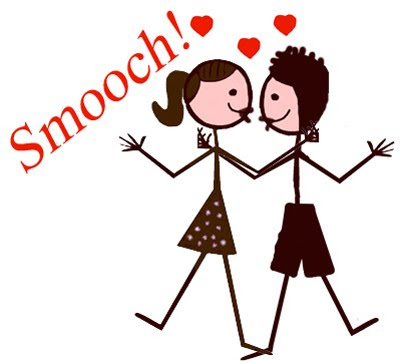 "But I still love Edward best. And yes, Edward, I'll marry you!" 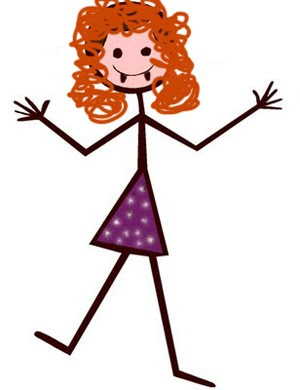 "Oh, Edward! You saved me from the evil vampire!"

Bella thanking Edward for saving her. 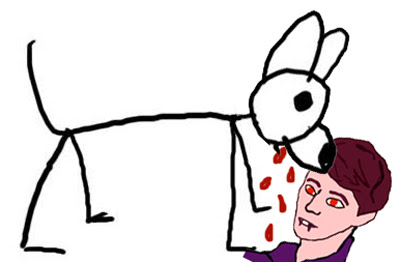 "Thanks for saving me, Jacob. I love you, but not so much." 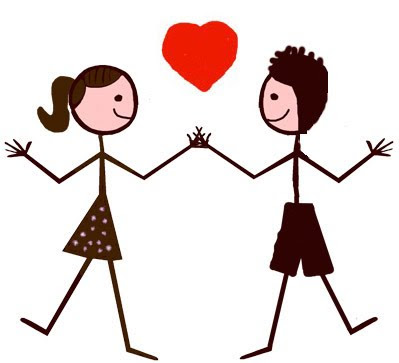 
"I love you, Edward. Let's get married in a couple of weeks."

Bella and Edward in love.

The best of the Twilight movies thus far. And now the countdown to Breaking Dawn begins...
Posted by Karlene at 6:35 PM 4 comments:

And the winner of the

Click Here to see everything in the Prize Package!

And the winners of the two Sponsor Prize Packages
filled with lots of cool stuff are:

Nichole!
who sent the most new people to my blog

Sarah!
who made the awesome blinky banner on her blog
Posted by Karlene at 6:21 PM 2 comments:

Okay, I know you guys think I fell off the edge of the earth. Well, close. I got bit by a vampire and you know how it takes three days to turn? And then you have to learn to control yourself?

So, now to award the last of the daily prizes. . . 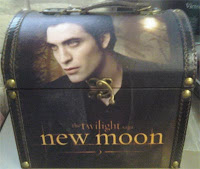 Day 30 was sponsored by Kandis
The question was:
Have you seen Eclipse yet? Do you have tickets?
When & where?

And the winner of the Edward/New Moon Box with Goodies is:
Ferretvamp14! 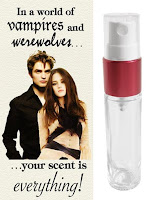 Day 31 was sponsored by CustomScentsOnline.com
The question was:
What is the best-selling Twilight-inspired fragrance on CSO?

And the winner of your choice of fragrance is:
Kandis! 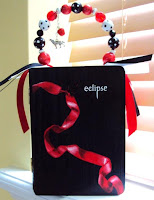 Day 32 was sponsored by Suan @ Life Is Good
The question was:
If I can talk Karlene into doing another contest/road trip later in the summer, where would you like to go?

And the winner of is:
Morgan!

I'll get those prizes off to you this weekend.

It starts with a choice. 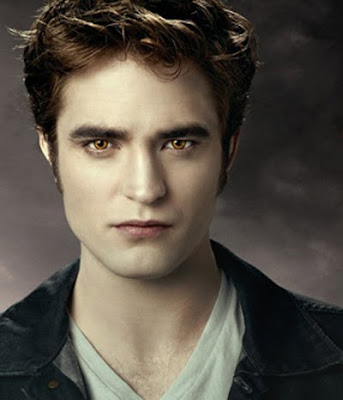 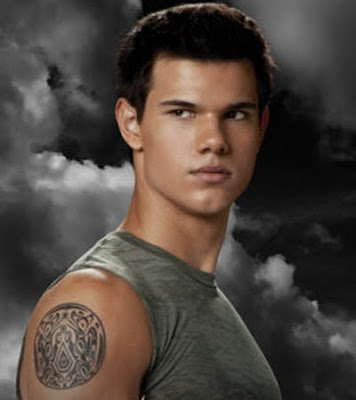 Leave an answer in the comments section of this post by midnight July 3 and you will be entered to win todays Daily Prize.

Leave an answer in the comments section any time before July 3, 2010 and you earn 1 point toward the Grand Prize. 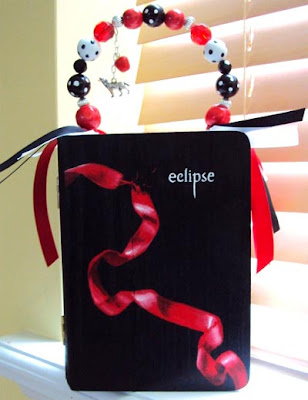 Sponsor Question:
If I can talk Karlene into doing another contest/road trip later in the summer, where would you like to go?
(She says she'll only do it if 30 people provide prizes and agree to come play.)

For three chances to win this prize:


To earn 2 entries toward the Grand Prize:

What charm does Edward give to Bella?
(Hint: Twilight Trivia)

Correctly answer the trivia question in the comments section of this post by midnight July 3 and you will be entered to win today's Daily Prize.

Correctly answer the question any time before July 3, 2010 and you earn 1 point toward the Grand Prize.
Posted by Karlene at 7:00 AM 9 comments:

Day 29 was sponsored by Nichole @ Random-ish
The question was:
Who is the evil vampire who is still alive and in Forks plotting against Bella at the end of New Moon / beginning of Eclipse?
The answer: Victoria

And the winner of the Team Edward Bracelet is:

Want to win a Daily Prize? Details HERE.
Posted by Karlene at 8:21 AM No comments: 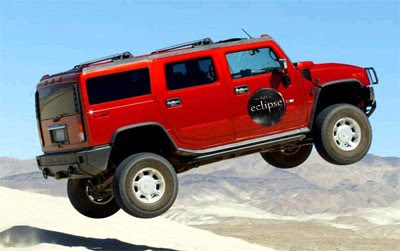 It's July 1st. We packed up the Eclipse Mobile and are heading home. We'll be driving most of the day, stopping only for gas and food and potty breaks.

What was your favorite Forks or Bust day?

Leave an answer in the comments section of this post by midnight July 2 and you will be entered to today's Daily Prize.

Leave an answer in the comments section any time before July 3, 2010 and you earn 1 entry toward the Grand Prize.
Posted by Karlene at 8:01 AM 7 comments: 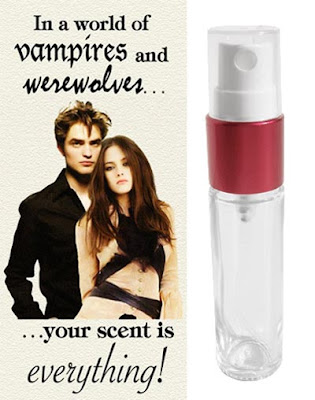 Sponsor Question:
What is the best-selling Twilight-inspired fragrance on CustomScentsOnline.com.
(Hint: See the sidebar.)

For three chances to win this prize:

To earn 2 entries toward the Grand Prize: 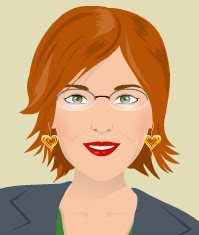 In her spare time, Karlene makes perfumes. She used to make them as a business, now she only does it for herself and the occasional occasion (like the release of Eclipse).

When she's not making perfumes, she's reading lots and lots of books.

To which country does Bella compare herself?
(Hint: Twilight Trivia)

Correctly answer the trivia question in the comments section of this post by midnight July 2 and you will be entered to win today's Daily Prize.

Correctly answer the question any time before July 3, 2010 and you earn 1 point toward the Grand Prize.
Posted by Karlene at 7:00 AM 8 comments: