I've been trying to do this de-junk, de-clutter thing for so long by myself. I make a little headway, then get bogged down.

So. I hired a professional organizer to help me.

She came over for the initial interview last week. It was two hours of total mortification on my part, but she made it easy for me. She walked me through some sorting processes and helped me think through some issues.

Shera also gave me a few ideas to get me started—or rather, re-started. I've already implemented a few of them and they are great. I will be posting about them and providing links to cool stuff as I go.

It feels really, really good to be back to this organizing project with some energy behind me and Shera is great at stoking that energy. If you're in the Utah County area and need someone to help you with your own dejunk and organizational issues, give Shera a call.
Posted by Karlene at 9:58 AM No comments: 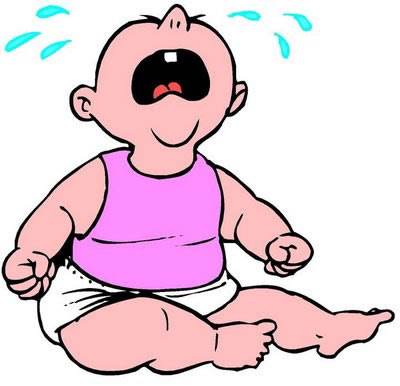 I've decided that I really shouldn't have started a month-long party at the last minute, two days before I left on a much needed vacation, and without much forethought or planning.

My heart was in the right place but my brain was definitely disengaged.

So for the few people who participated by commenting on the PUSH Goal Party posts—Tristi, Jeri, Gaynell, Cindy, Melissa, Suan and Rebecca—you will each be receiving a prize.

I had planned to give away eBooks as prizes—and I probably will still do that—but which book(s) I give away is still up in the air because my PC laptop (the one I use to create said eBooks) totally freaked out. I have to do a complete system/hard drive wipe and re-install. (Dratted PC viruses!)

The good news is that I regularly back up everything on that computer so I haven't lost anything—but it will be a little while before I can get to the prizes and send them to you.

As for the PUSH Goal Party, it's down for the count here at Inksplasher. However, I'm still doing Chalene Johnson's 30 Day Push Challenge and making progress. I still think it's awesome!

I hope that those of you who started Chalene Johnson's 30 Day Push Challenge are keeping it up. I know some of you have had some issues getting in. Chalene switched her program over to a new website and there were a few bugs. She will be repeating the challenge in April, so if you didn't get in this time, you can go sign up for next month.

P.S. I know that anyone under the age of—uhm—40 is not going to get the connection between the title of this post and the image to the left, so here:

Now playing on my iPod: It's My Party by Leslie Gore
Posted by Karlene at 8:52 AM 7 comments:

Email ThisBlogThis!Share to TwitterShare to FacebookShare to Pinterest
Labels: other stuff 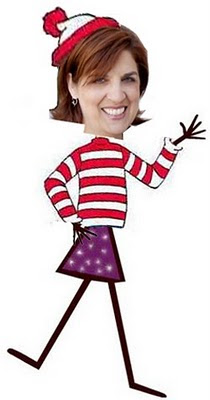 "Where's Karlene??? She started a party and then she fell off the edge of the Internet!"

So this is today's question (everyone can play):

What happened to Karlene?

I'll be giving two prizes—one for the funniest guess and one for the closest to the truth.

As for the 30 Day PUSH Goal Party—I hope those of you who signed up are still going for it! I am, even though I'm a few days behind.

I'll do some PUSH Goal Party posts soon!
Posted by Karlene at 6:51 AM 4 comments: