Did Someone Say 'Cosplay'?

I know a good portion of the FanX visitors are going there to catch a glimpse of celebrities—actors, authors, artists. And yes, that is awesome. But for me, the draw was the cosplay. 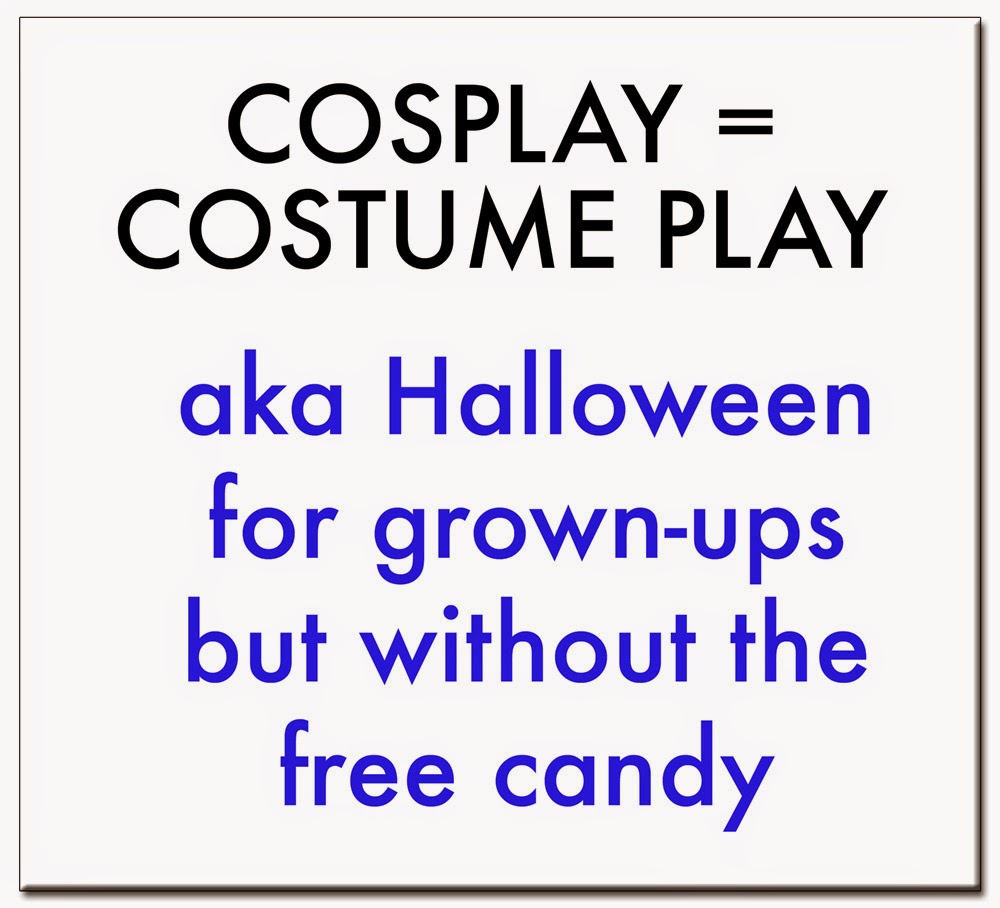 Here are a few of the very awesome cosplayer costumes we saw. I will have some photos of me and Julie posing with some cosplayers in another post.

(And yes, I followed proper Cosplay Convention Etiquette and asked permission to take the photos.) 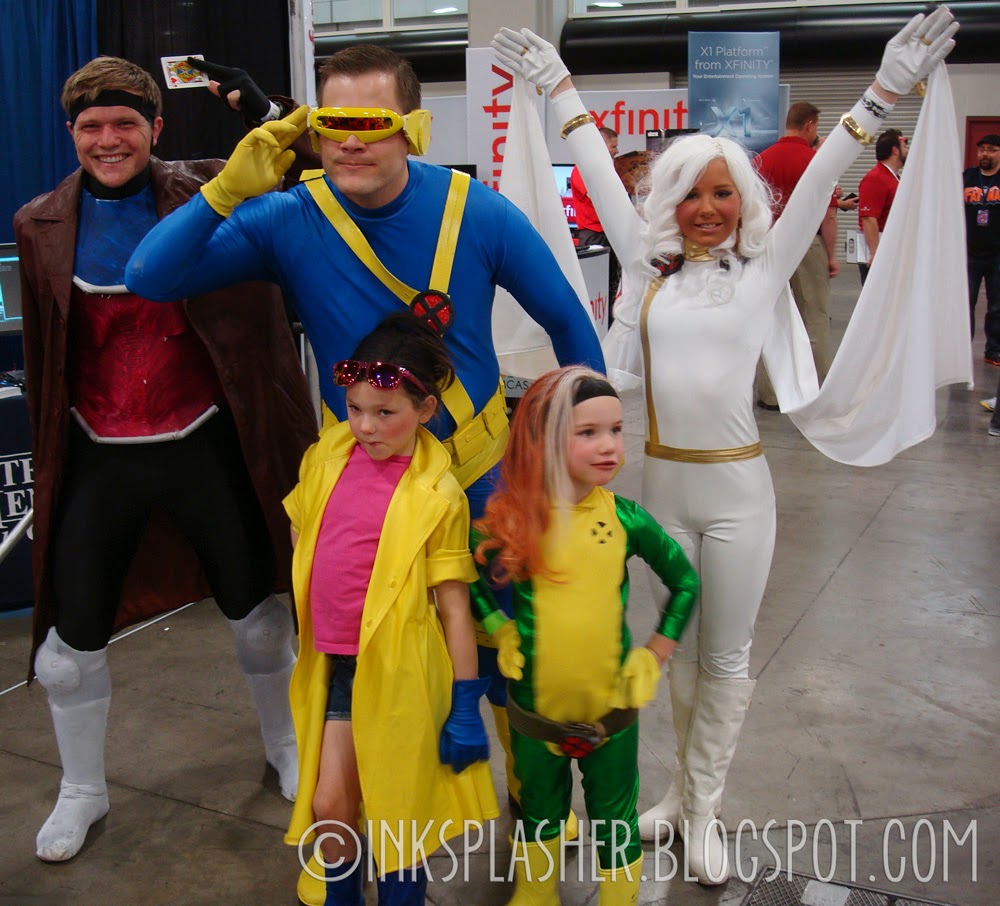 This family was awesome! They are dressed as some of the X-Men characters. I'm not sure which character the one on the far left is (if you know, tell me) but the others are Cyclops, Storm, Jubilee (I think), and either Rogue or Marvel Girl/Phoenix. 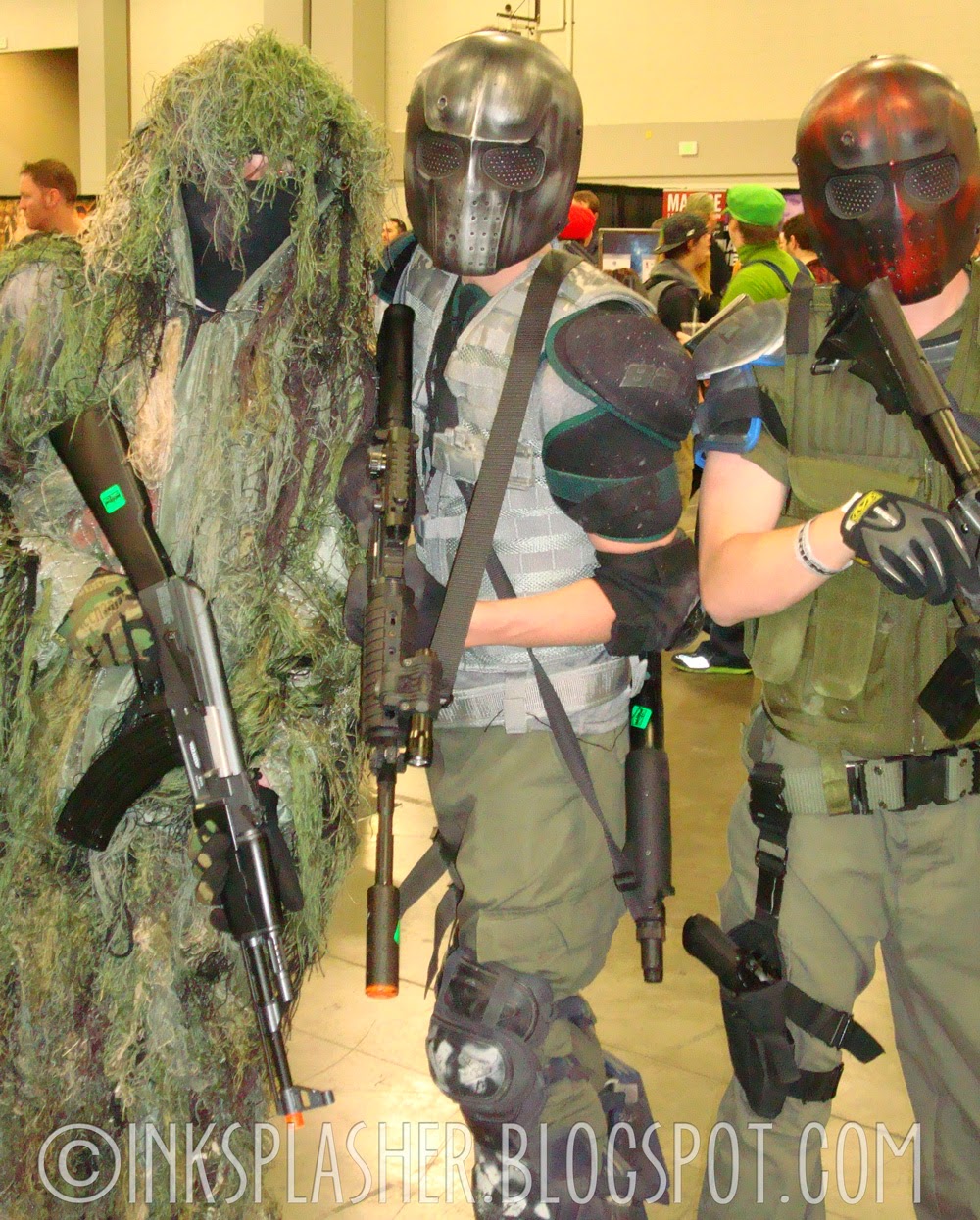 Soldier Guys
I have no idea what characters these guys are from, but they were great! 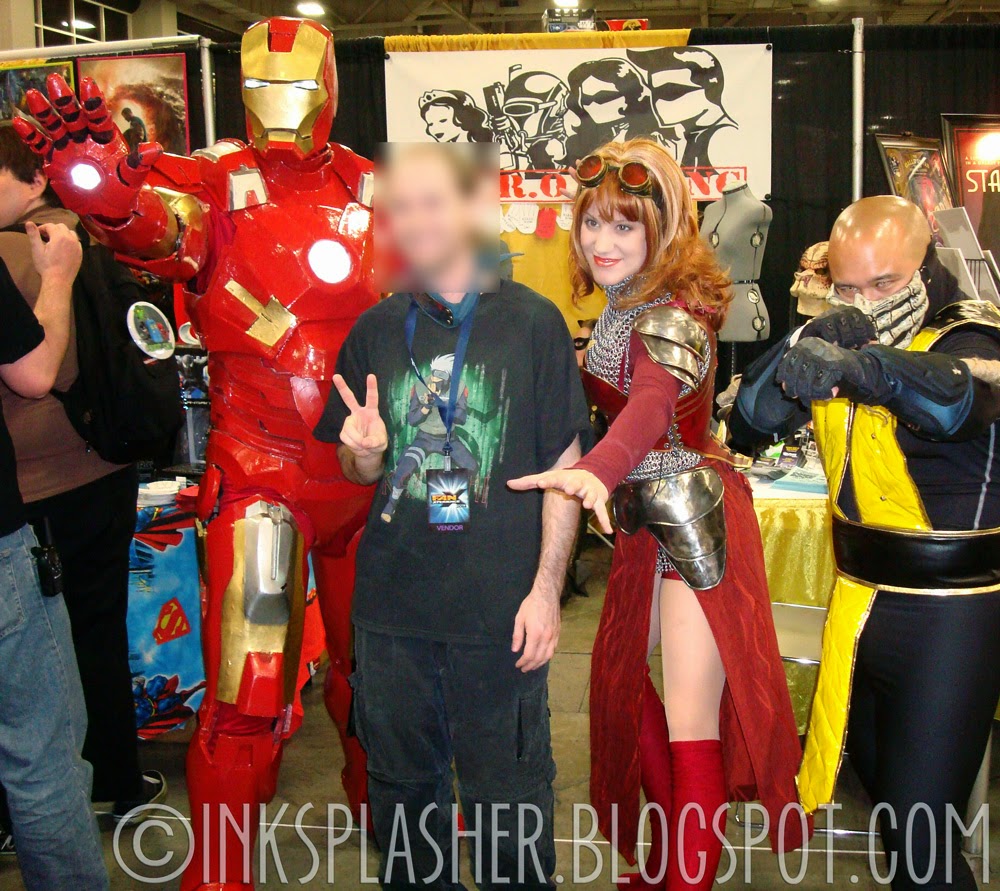 Iron Man
Okay, he's the only one I recognize but the others looked really cool too. 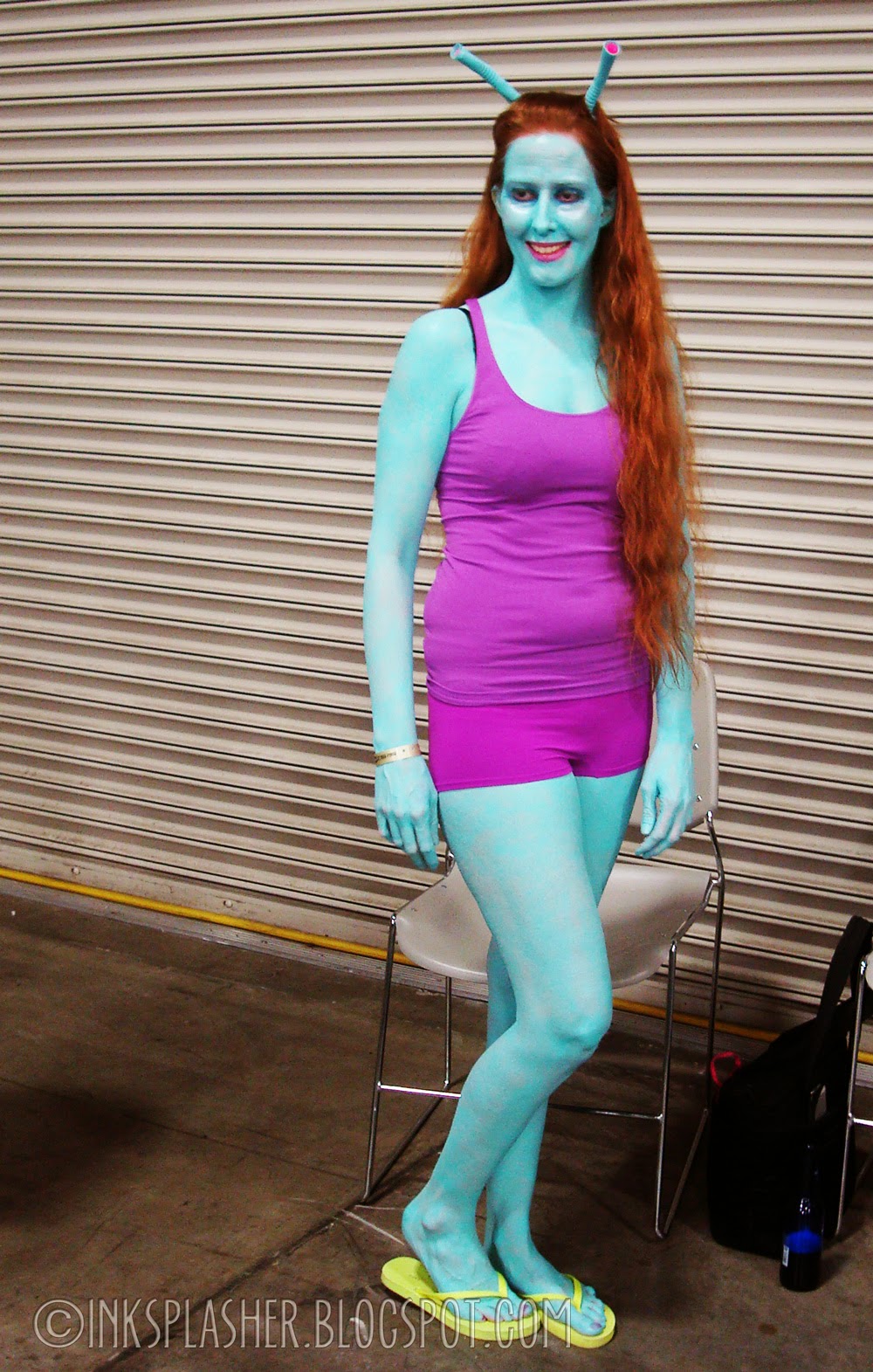 Andorian from Star Trek
She said she is a crossbreed, because true Andorians have white hair but she didn't want to dye hers. Way to be creative! 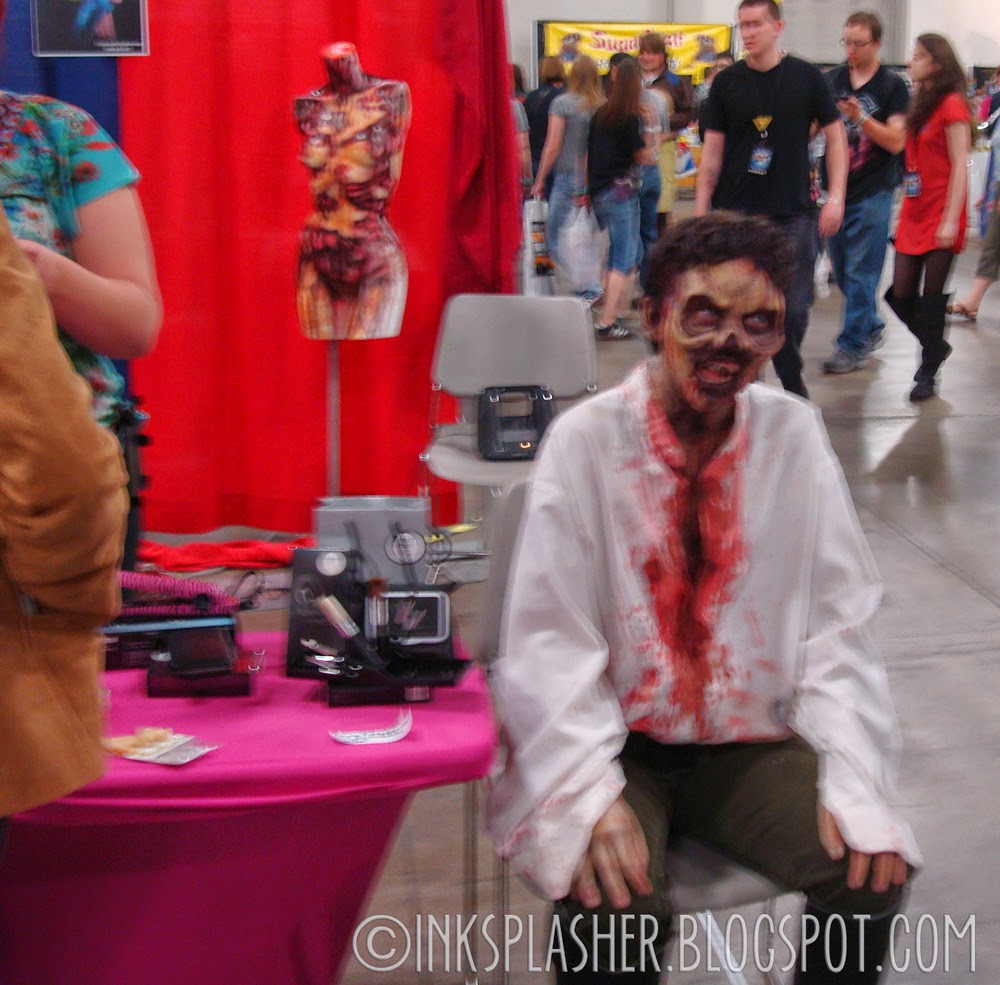 Zombies!
And then there was this guy—at a special effects booth. He was so creepy. Scared the living daylights out of me when I first saw him!

Click here to see all the Comic Con posts.
Posted by Karlene at 1:33 PM

More! I love seeing the costumes.