The Doctor…and a Little More Cosplay

I love Doctor Who! There were so many trinkets and so much fun fan art on display. I think there was maybe more Dr. Who stuff there than any other single franchise.

Or maybe I just noticed more of it. 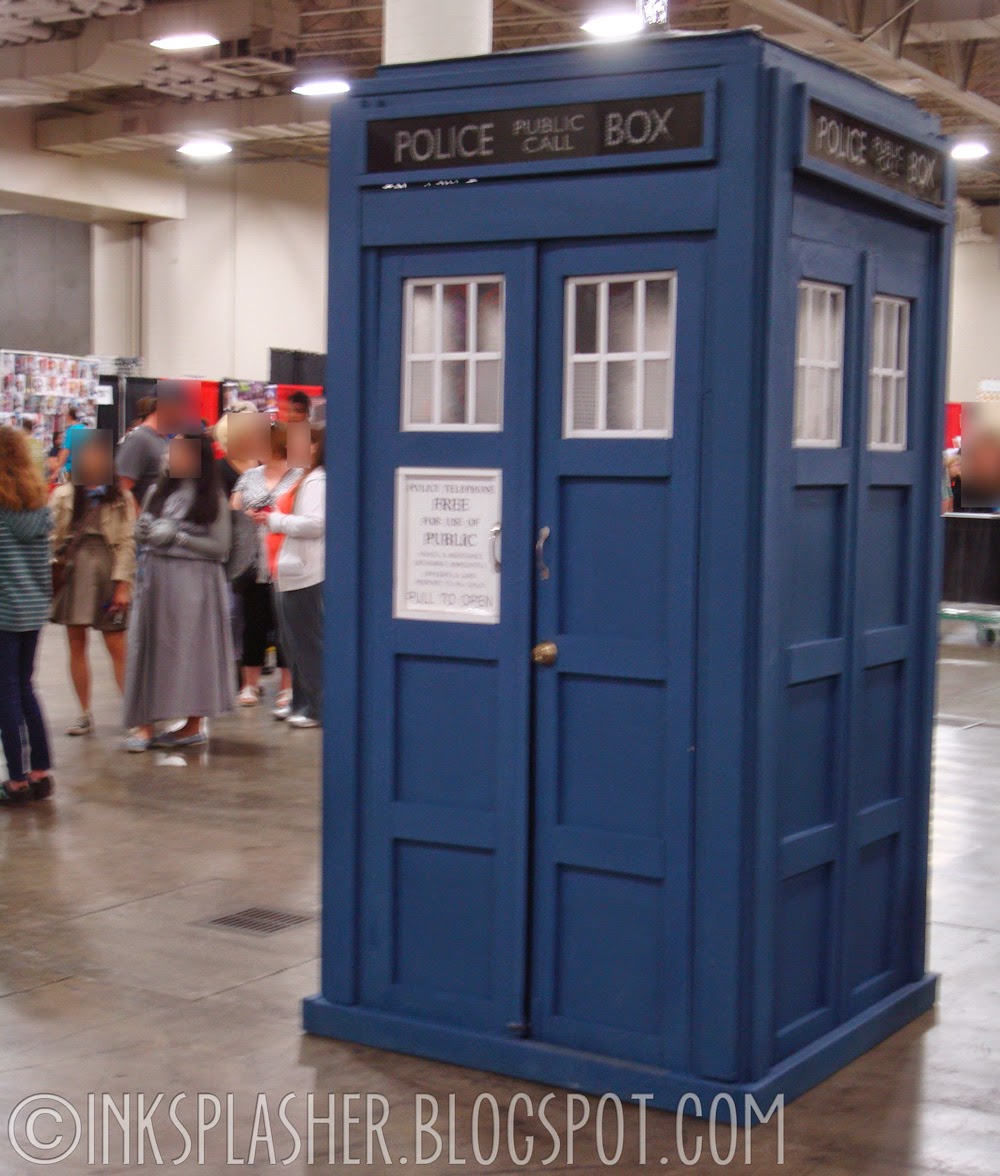 Yes, there was a Tardis at Comic Con! You could get your photo taken inside it if you wanted, but the line was so long that Julie & I decided to go around to the back. Where there was NO line. 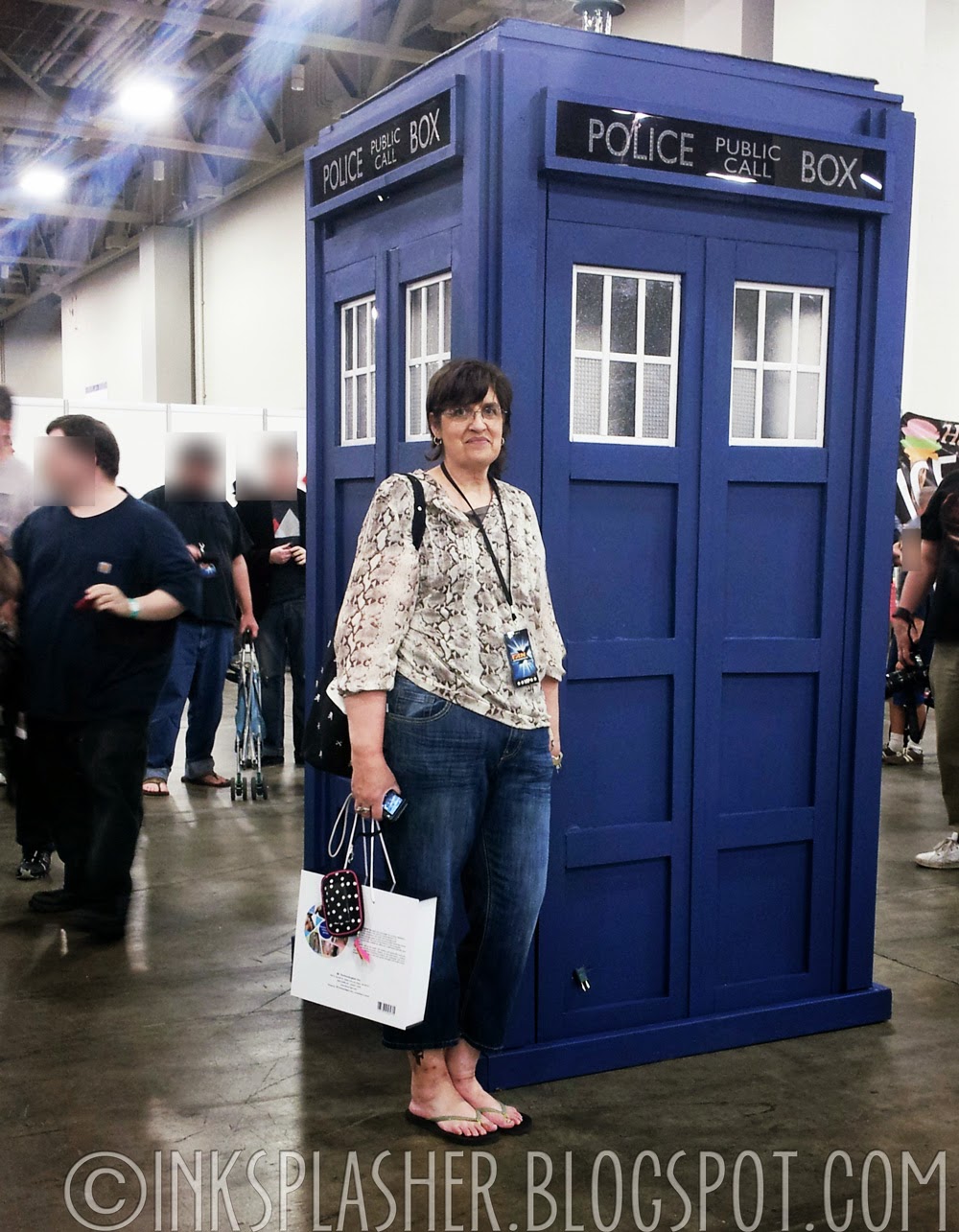 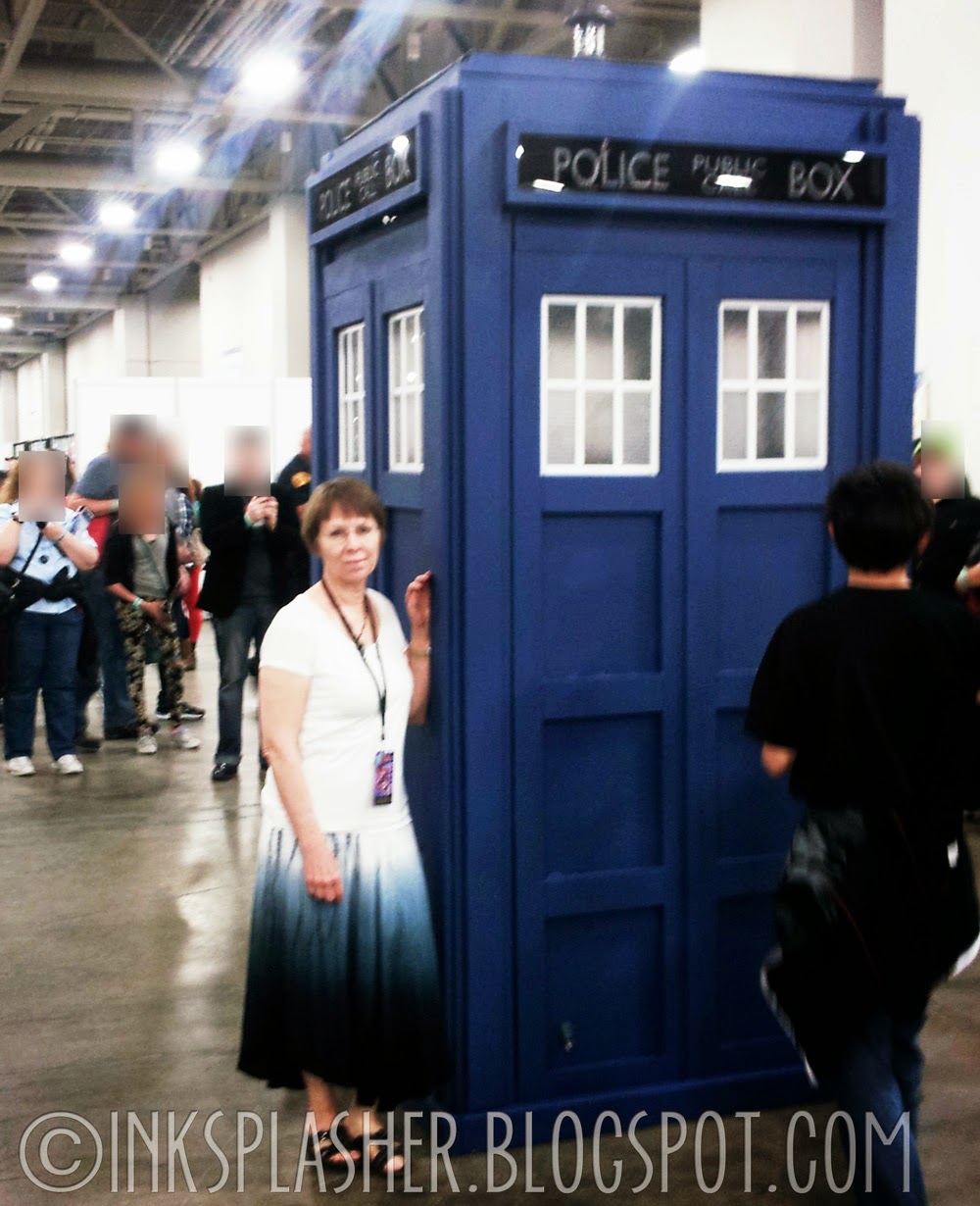 And there was also… 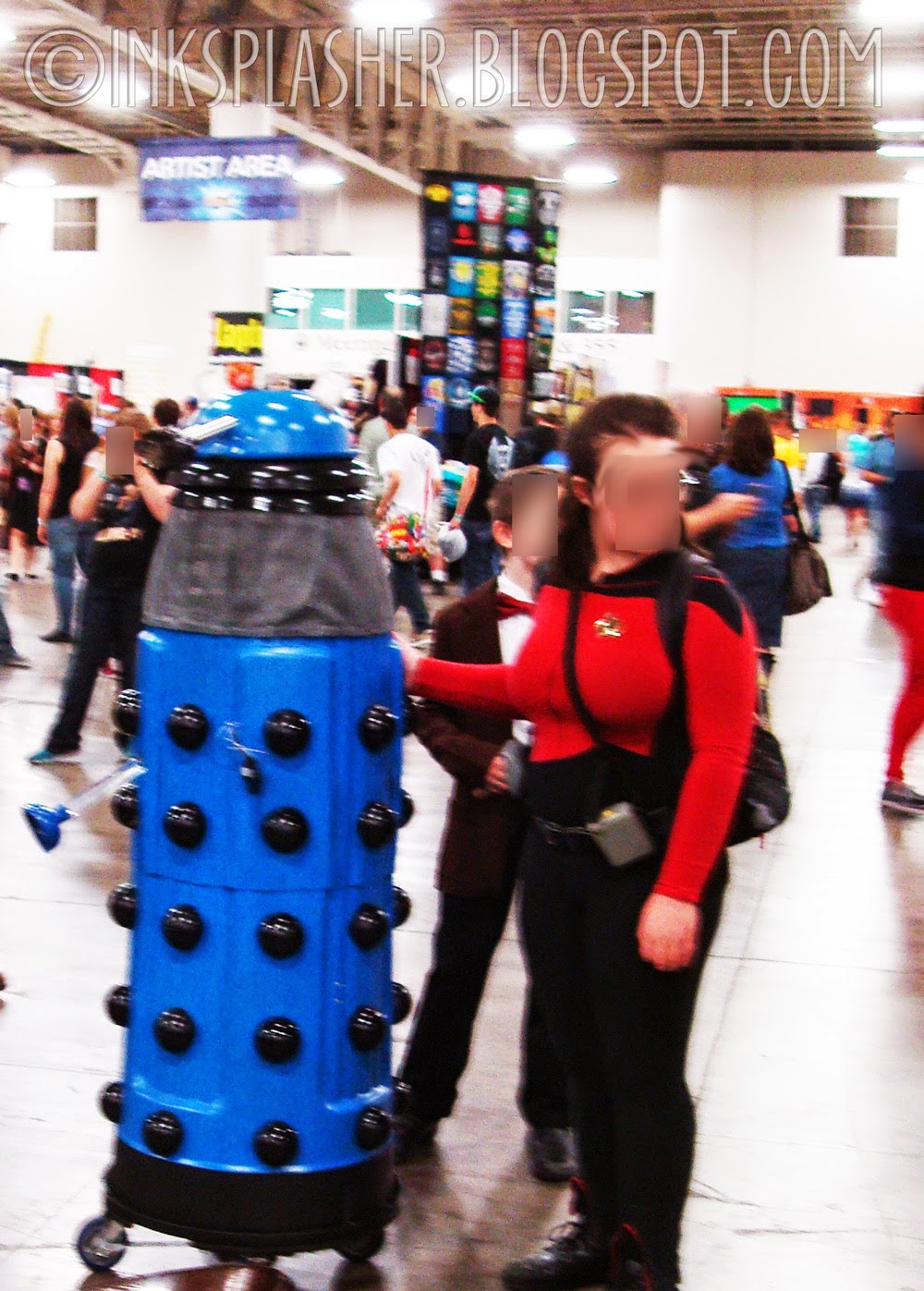 Why the Dalek was being escorted by a Star Trek engineer is beyond me. But since her shirt is red, I don't think there was a happy ending. 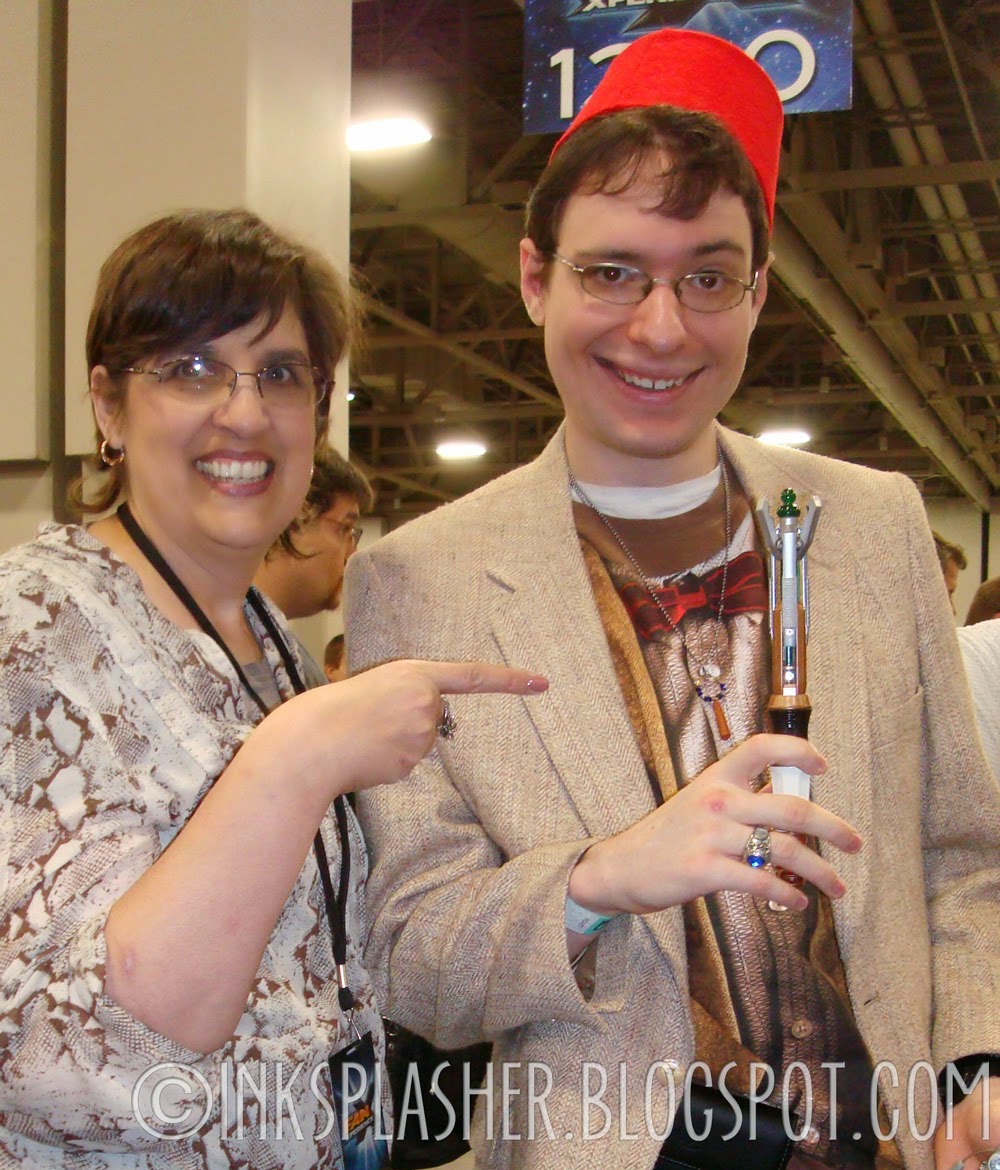 And a Sonic Screwdriver! 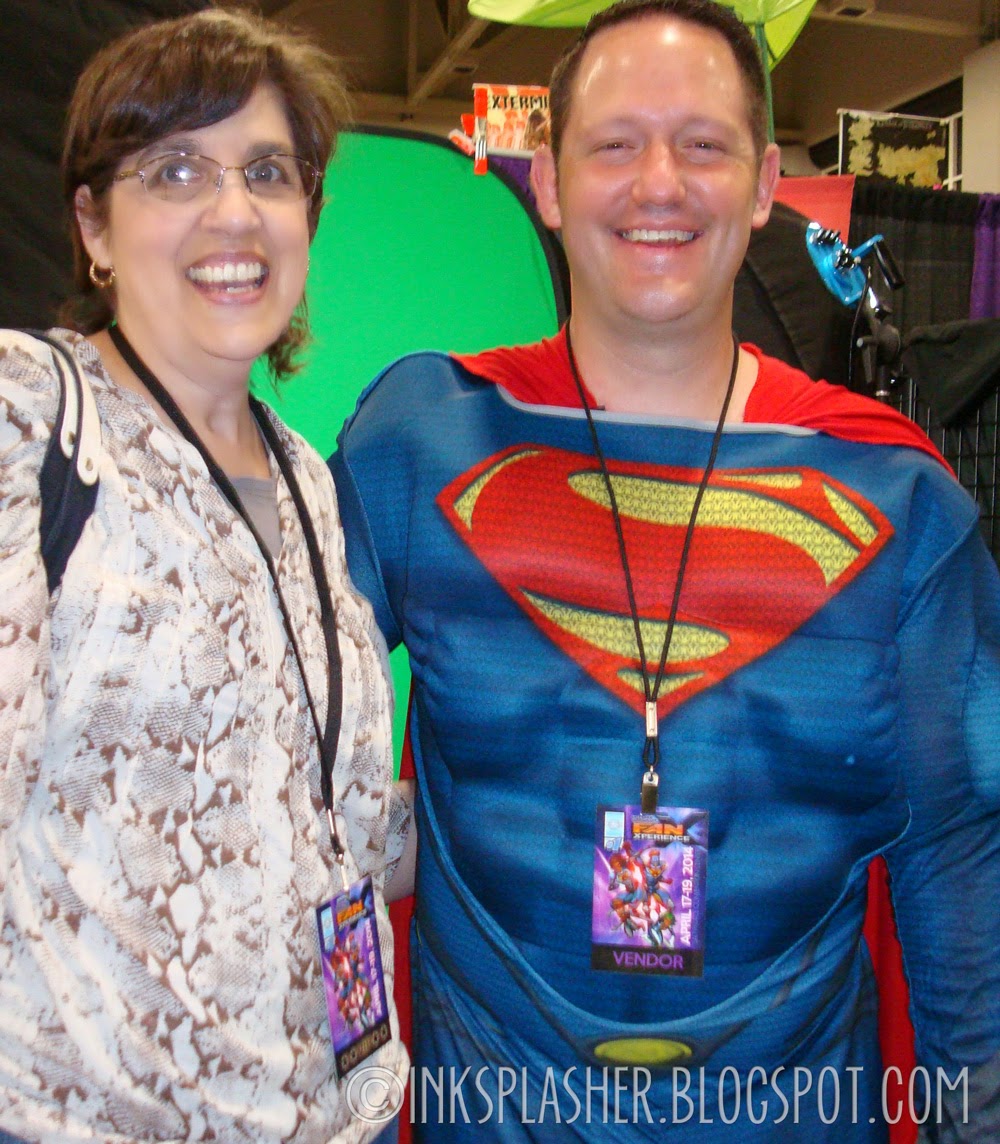 This guy was a really good sport. It took awhile to get the camera to take the photo. 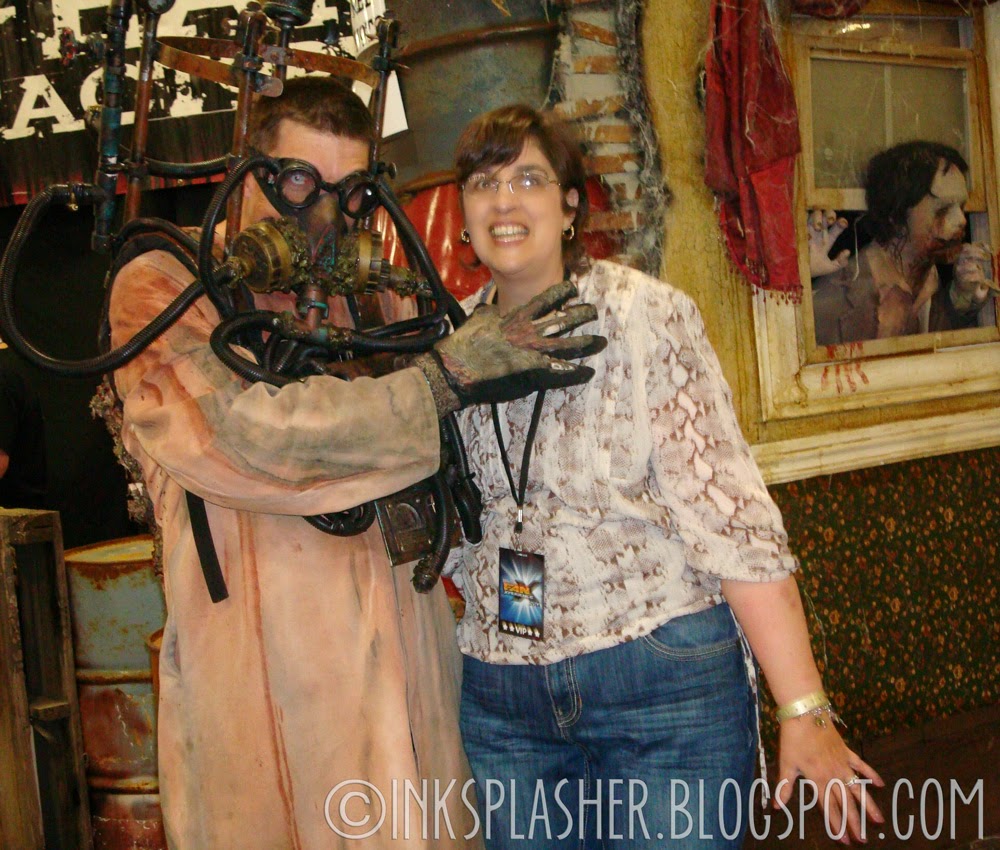 I'm not sure what this guy was supposed to be but it was awesome. His costume played some really freaky noise and then he came up and tried to strangle me!

Here is his costume from the side. 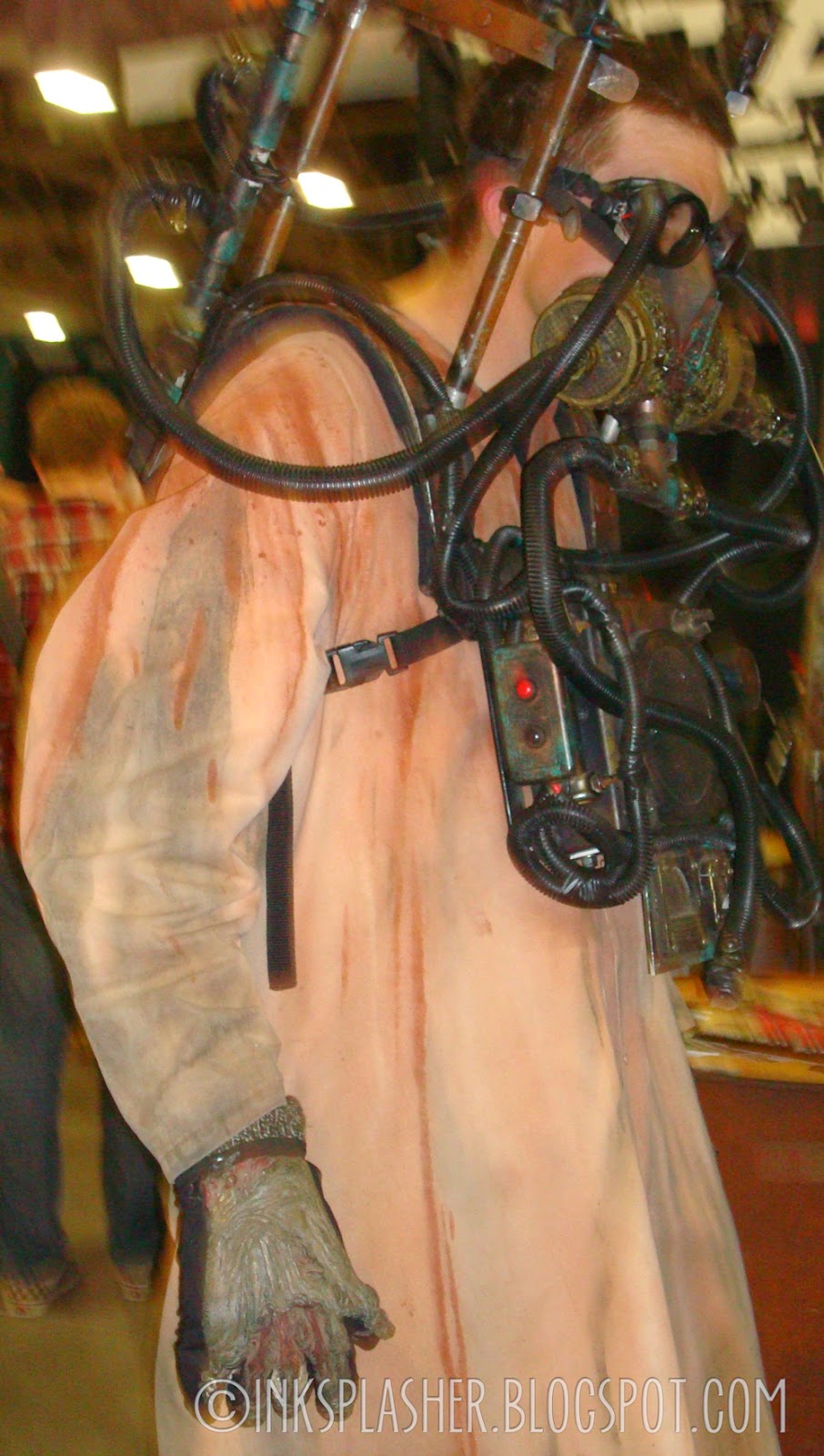 So Julie and I decided we needed to get with the cosplay a little more. So we got color streaks put in our hair. Julie went with pink. 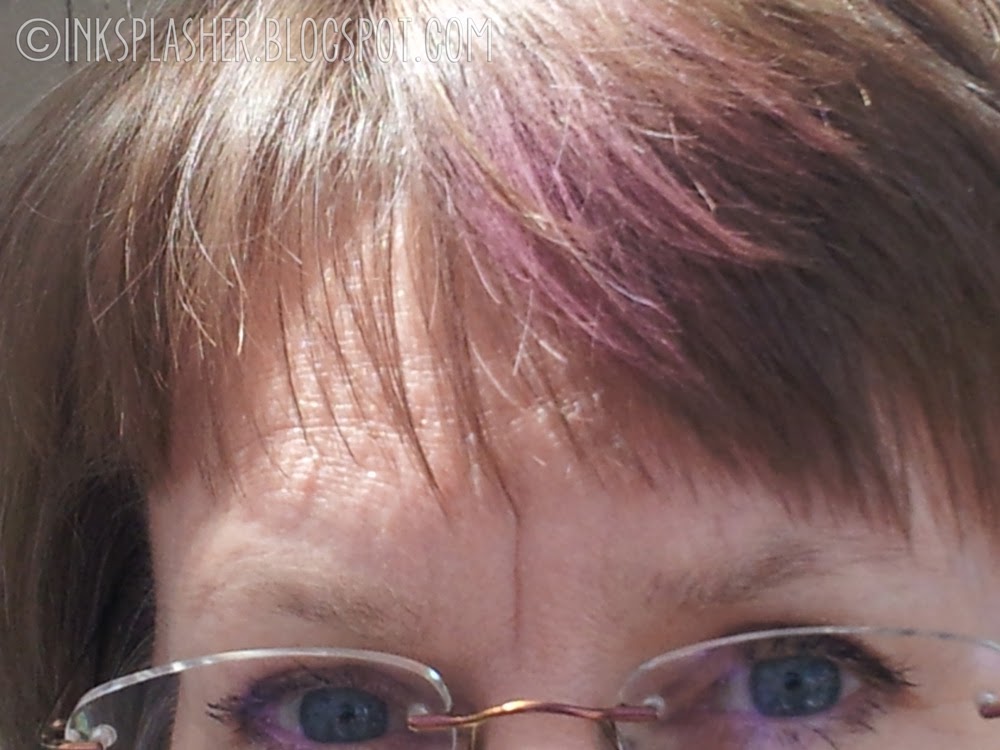 And I went with purple. Doesn't show up really well, but if you look close you can see it. 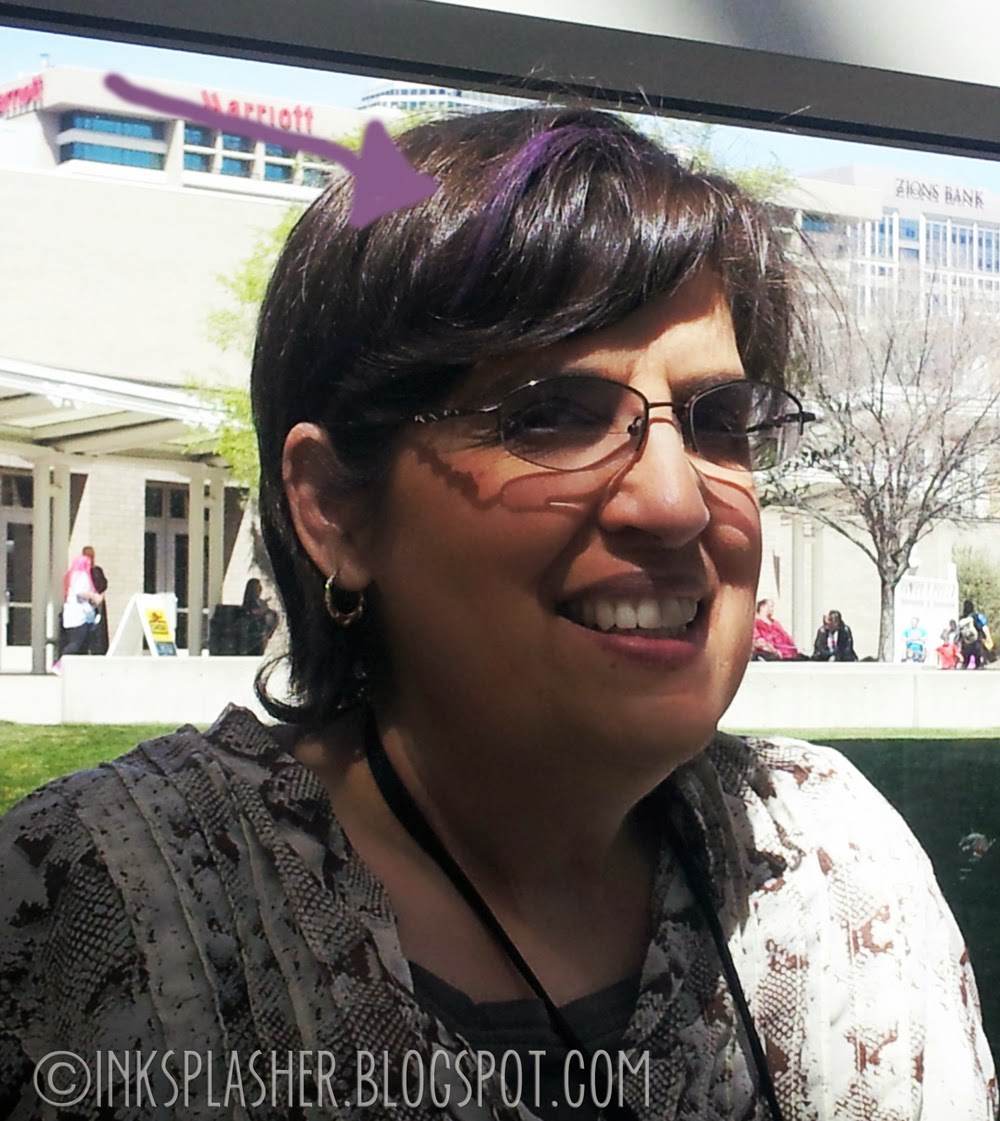 And then I decided to get a tattoo. 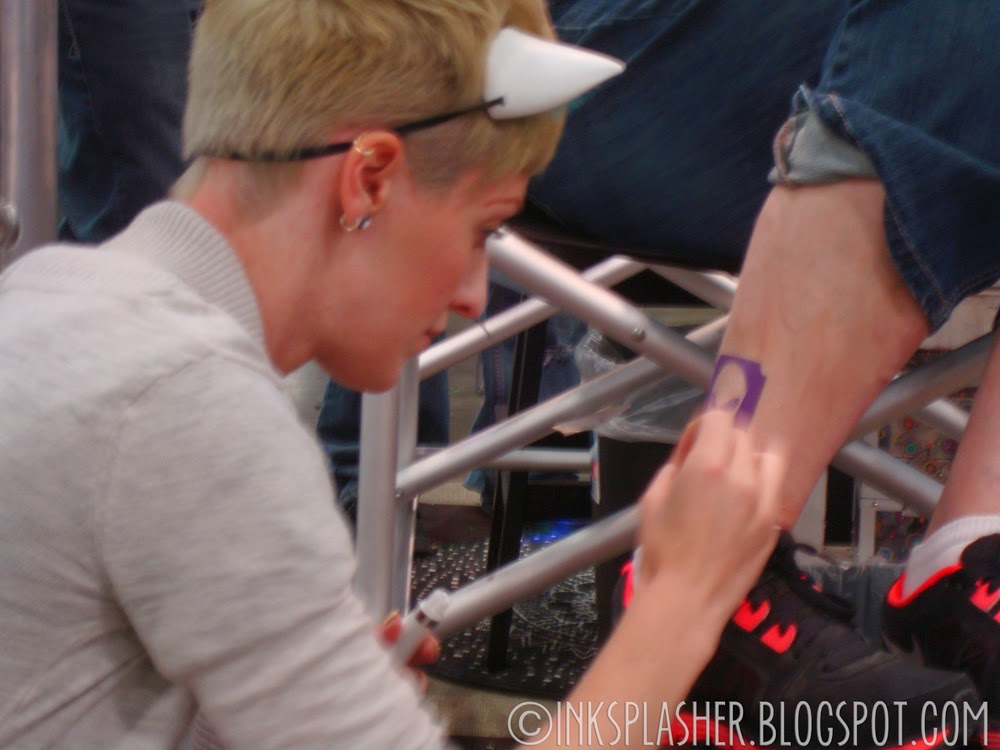 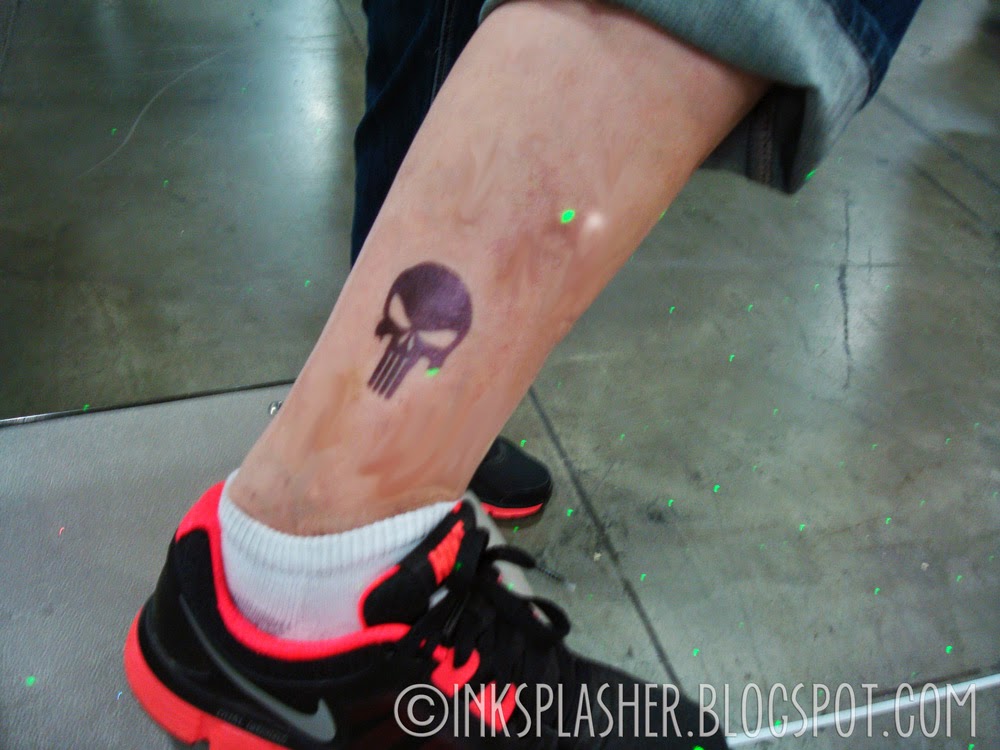 No, I don't have green spots on my leg. They had some kind of laser light show going on in the tattoo booth.


Click here to see all the Comic Con posts.

Email ThisBlogThis!Share to TwitterShare to FacebookShare to Pinterest
Labels: ComicCon, Dr Who, The Doctor