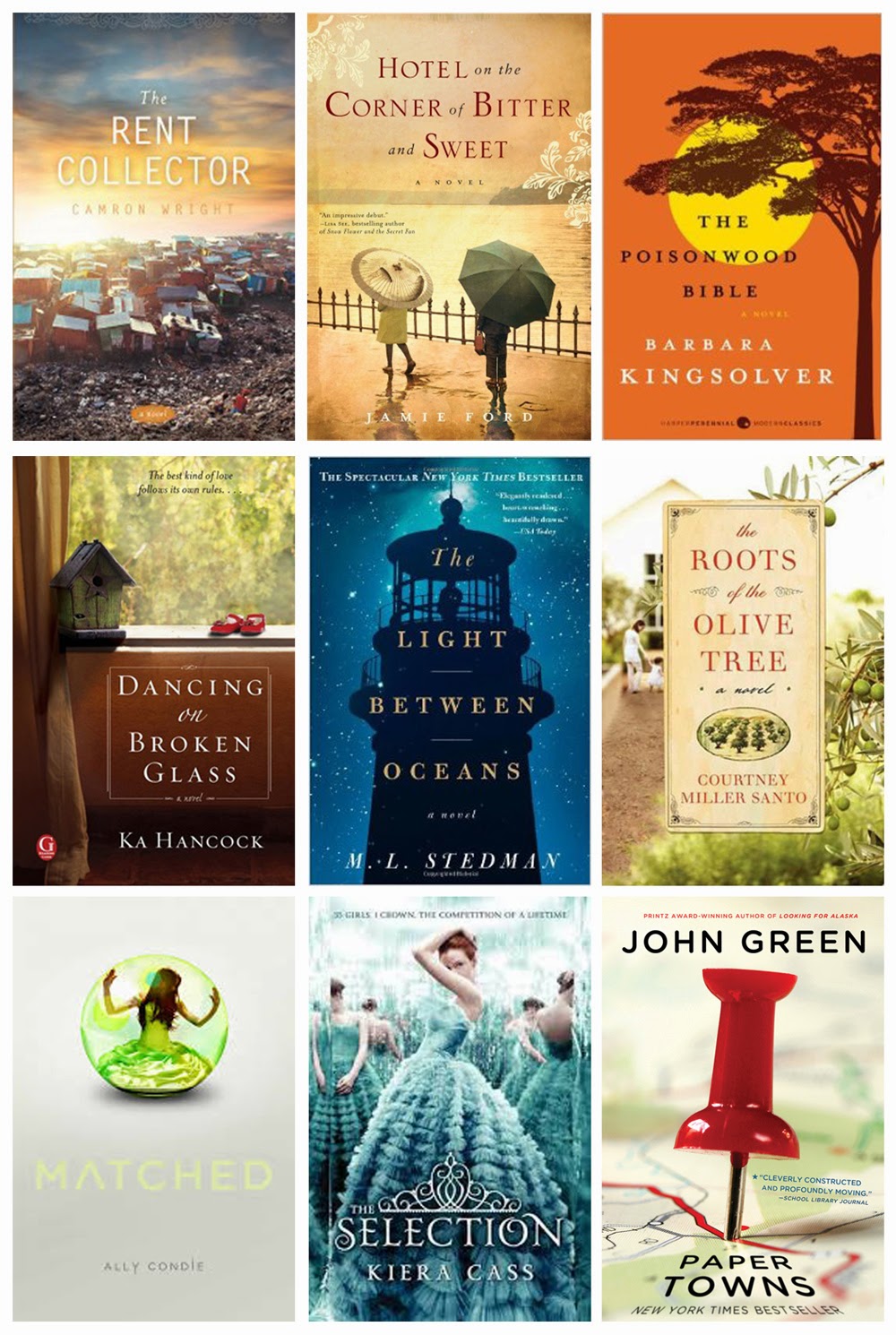 First thing you need to know about this list is I created it for a specific group of six women. Some of my favorite titles aren't on this list, and neither are books that most of the individuals have already read. There are certain genres no one in the group will read and other genres that more are popular. Also, they don't want to start a series they can't finish.

I googled "popular book club books" and also looked at what I'd read recently and picked ones I thought they might like. Most of these books I haven't read yet, because I'm in the group. Therefore, some of them may not be appropriate for all readers. In fact, I may not like all of them myself. If I have read them, I put a note about it in the description.

So, with that disclaimer, this is the list I sent them.

Let me know which ones you liked, didn't like, and MOST IMPORTANTLY, books you'd recommend for book club reading.
Posted by Karlene at 11:54 AM